Creative Norwegian trumpeter Karl Strømme plays a nuanced brand of contemporary post-bop and avant-garde jazz. Marked by his delicate yet probing sound, Strømme is also recognized for his unique penchant for playing dual trumpet and synth lines. Following his emergence in the late '90s, he made his debut as leader with 2019's Dynalyd. Born in 1976 in Bergen, Norway, Strømme began playing trumpet in his youth and eventually earned his music degree from the Norwegian Academy of Music in Oslo and the Rhythmic Music Conservatory in Copenhagen. Privately, he has studied under several Nordic jazz luminaries, including Arve Henriksen, Jon Eberson, and Flemming Agerskov. He also toured as a member of the European Union Jazz Youth Orchestra and made his recorded debut on projects with Edvard Bredok and Sandvika Storband. There have also been projects with Jono El Grande, La Mascara Snake, Richard Nygaard, and others. When not performing, he teaches at the Norwegian Academy of Music. In 2009, Strømme paired with pianist Steinar Nickelsen and drummer Johan Nylander for Corrupted Mirror. He has also recorded several albums as a member of the experimental outfit Peloton, including 2007's Selected Recordings and 2011's The Early Years. In 2019, Strømme released Dynalyd, his first album with his quintet. 2022 album Song dust marks his debut on NXN Recordings. (Matt Collar) 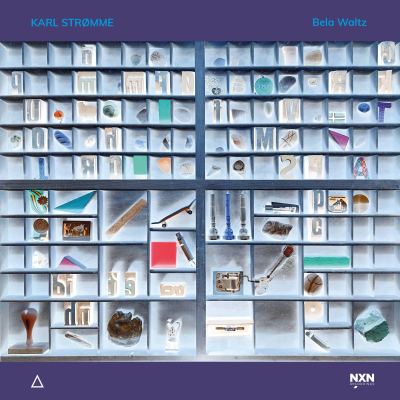